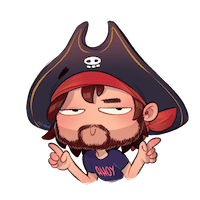 This is a sort of a non-technical Post Mortem of my upcoming game "Tank U", which is not out yet, but you can follow this page until the demo is out : nakou.itch.io/tank-u

I am a software engineer, not a game developer.But I always wanted to be one tho.

So when I got the opportunity to work for my own in August 2019 (after leaving my job as a Java Developer), I jumped on it. I decided it was a good time to start a company. A video game company. Well, at least, make a video game and try to sell it enough so I could call myself a company for a year.

Since Engineering school, I was obsessed with a game concept : a sort of a mix between Unreal Tournament, Overwatch, Rocket league and World of Tank. And I thought, that new "free" time (under unemployment benefits) was perfect to finally give birth to this idea, after trying to focus on it (and failing at it) for at least 4 years. So I took a little 1 month and a half vacation, the first one in 8 years (I was always taking weeks, never a month), and I started working.

And was born Tank U.

The game was, on paper, straight forward with some twists. You have tanks that represents pilots and each have special abilities (under the RPG classic Tank/Heal/DPS). You have small maps where 8 players, 4 per teams, go nuts and try to destroy the other team. But, even if I was working on Unity3D for at least 6 years on my own, I never worked :

So, here am I, trying to learn how to do multiplayer stuff on Unity, with no know-how. That was the first learning curve. The first step was to find the way of doing this multiplayer stuff. Unity in those "I dont know what I am doing with my packages" troubling times, didn't made it easy. Fortunately, a friend of mine, working in a real video game company, was struggling with the same thing : finding a good asset package to manage its online layer of the game. So I jumped on that train and started with him to research things, like Proton, UNET clones, and stuff. He finally found Mirror, and with his help, I started learning it too.

At first, I wanted to go all in and create the game, even if it meant iterating on the prototype a few times. But after some weeks, I couldn't find my way into Mirror properly. See, I had worked, month before leaving my job, on a small solo-player prototype, just to create a tank and get a feel of what I wanted in term of controls. And I wanted to start from there and build the multiplayer on the solo base. I couldn't. Maybe I am dumb, maybe my initial prototype was too messy, but at the end, the only way I found to understand how to use Mirror, was to start from scratch, go in reverse, create a multiplayer base, and add my gameplay on it. So I started doing that. And added more. And more.

At the end, I had a sort of a cool minigame, really simple. I was so proud of it.

I was really dependent of the help from the Mirror community Discord at the time, and since they helped me so much, I wanted to give back. And so that little project became "MiniTank", a small minigame made as an open code project for people to learn how to do a multiplayer game.

So now I had my small multiplayer prototype, I had my solo prototype of a cool tank controller, now it was time to merge the two. We are now in November 2019.

Ahead of the curve

The first playtest went on the November 7th, 2019, and was, let's say "good". People liked the idea, people had fun. And I was happy with myself. I was watching my savings melt at a dangerous rate (my unemployment insurance couldn't cover all my needs) but I could see myself having enough people playing the game to give me at least a year more of development (at this point, I had calculated that I needed to sell something like 5000 units over a year to be financially stable, which looked hard but feasible).

I took my time, fixed bug, left no broken glass behind me. A second and a third playtest gave me even more hopes, so I entered 2020 with confidence (yeah, we were all fools when 2020 started, just to think it was going to be a good year). During that time, I got text from a former colleague and friend, who knew what I was trying to do. She told me that a big company of crowdfunding was organizing a video game contest for small developers like me.

I waited until the end of January to think seriously about this. Entering February, I had a correct prototype in term of gameplay, but very at the bottom of the pit in term of visuals. So I knew if I wanted to participate to this contest, I needed to do a really big push to have something nice on the eye.

So I did what every video game company swear to never do but do it anyway : I crunched for two weeks. Not a long one, but a hard one. I gave everything. The ship was taking water all around, but I kept working, adding stuff, remaking all my 3D assets to better standard, upgrading Unity to allow the usage of the new Universal Render Pipeline. It was as excruciating as it was exciting. But here we were, February 17th, due date of the contest, I finished the video, the documents and the prototype. Everything was sent. And then, it was in the hands of the gods.

Falling from up high

Or so I thought. In reality, I never had any ounce of a chance. The contest, that I thought was something discreet, something knew only from few people (nobody was talking about it on social networks at the time), was in fact well known in the video game industry, and a lot of not-so-newbies developers, with years of experience, entered it. March 6th, the result are published, and I am shocked. Big games everywhere, game that are built by entire teams of veterans, for years, with a shitton of resources. The rules of the contests were flawed (not allowing professional company to participate, but said nothing about professionals from different companies to assemble their own on the fly. No strict separation between newbies like me, and professionals), and I saw that too late.

That was a bummer. A hard one. A deep one. I never thought I could win, my game was not that great after all, but I never imagined being so beaten. I imagined this contest based on potential, not on immediate end result. Morale as reached its lowest point, and it's about to start digging.

The spring of despair

Looking for an exit

At the start of March, I took a hard look at my finances. Things were not good. Not terrible, but not good either. I could see that I would be out of most of my money in October 2020, rationing could push through the winter and put me at a dangerous low in January 2021. Could I finish the game in time? I didn't know. At this point, everything was a mess and I started to look for an exit strategy. And it appeared as a random job offer coming from a little video game company close to my place.

So I applied. I wasn't really confident. As a non-professional game developer, I used to be sidelined by the video game industry, which is usually looking for people coming from specialized schools. But I applied anyway, got a response, got through the first interview. On Skype. Because mid-march 2020, France is having a pandemic problem with the rest of the world.

The interview go pretty well, but the process is planed to be long, and I know, even if I got the job, I wont start until May. So I have in front of me potentially 2 month to finish a quick-demo polished version of my game. And those two month will be lived inside the craziest period for the world since the beginning of the century.

In my apartment, nothing look really different. I didn't went out much (when you try to save money, every "not going out tonight" count), but the situation really put a bad spin on that. It became incredibly hard to work with the flow of bad news, lockdowns and quarantines. I didn't got sick from the COVID, but I definitely developed a case of "let's listen to the news 24/7" like everyone else.

Tank U literally stops. I can't concentrate. I can't work. I spend my days looking at the news, on Twitter, on Youtube, seeing the cases ramping up, calling friends and family that are forced to work from home. For two month of lockdown, I am a lion in a cage. This is where my morale really reached rock-bottom, and my passion for Tank U really never recovered from it.

A hard look at what's left

Let's be real. At this point, Tank U was a failure. A failure as a development endeavor and a failure as company building product. We are now in June 2020, and I have confirmation that I got the job. I will be now a professional game developer, but not for me. I tried to concentrate and give myself a window to finish the game for August 2020, but my development work never got back at it's pre-contest/covid level, and I was unable to do enough work to reach that goal.

We are now at Today, I started my new job, a nice one, a calm one. And Tank U is now another side project, not the "big company building project" I wanted it to be.

Not a sad story

As you're reaching this part, you'll probably tell yourself "well that was a depressing story". Yes, and no. First, it's a known story.

There is rules when you start developing your first serious game alone :

Let's be real, I broke every single one of those rules. I though I could pull it off, but I couldn't. And if you're reading this article, looking for advice before making your first "serious" game alone, take those rules seriously. Make them yours. I know you think you can pull it off, but you can't. You won't make your amazing MMORPG. And if you make it, nobody will play it, and all this investment you'll put into it will be gone forever. So start small. Start simple. Leave space to evolve, to iterate. Keep some ideas somewhere. But don't start big. It's a highway to failure.

I knew those rules before starting, and I went for it anyway. It was a mistake. A really big mistake. A mistake that I shall not make again next time.

Because yes, there will be a "next time". My will of making a video game is far from dead. Just the part that was fueling Tank U.

For now my goal is to finish a demo of Tank U, so my work dont go to waste. But it will never be the awesome game I wanted it to be. Maybe because I couldn't pull it off. Maybe because the idea was bad from the start. But now, I'm gonna focus on what's left. Something smaller. Something simpler.

And especially, something single-player.